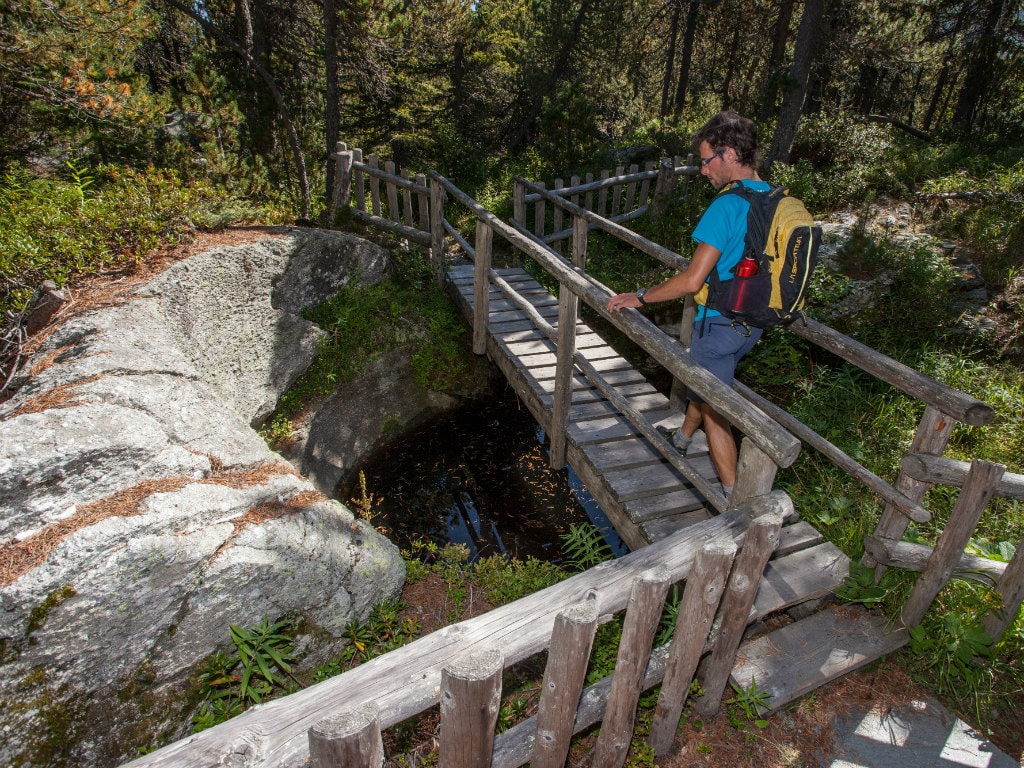 In Maloja there is the largest concentration of giants' mills from all over Europe.

Le During construction of the tower, seven deep glacial mills were discovered. The glacial mills formed during the last ice age. They are deep and smooth holes in the rocks and are called "cauldrons of giants." During the retreat of the glaciers some boulders were trapped in the ice and began to spin around, forming deep holes. There have been 36 glacial mills discovered in the the nature reserve that surrounds the tower.

Practicability during the period without snow