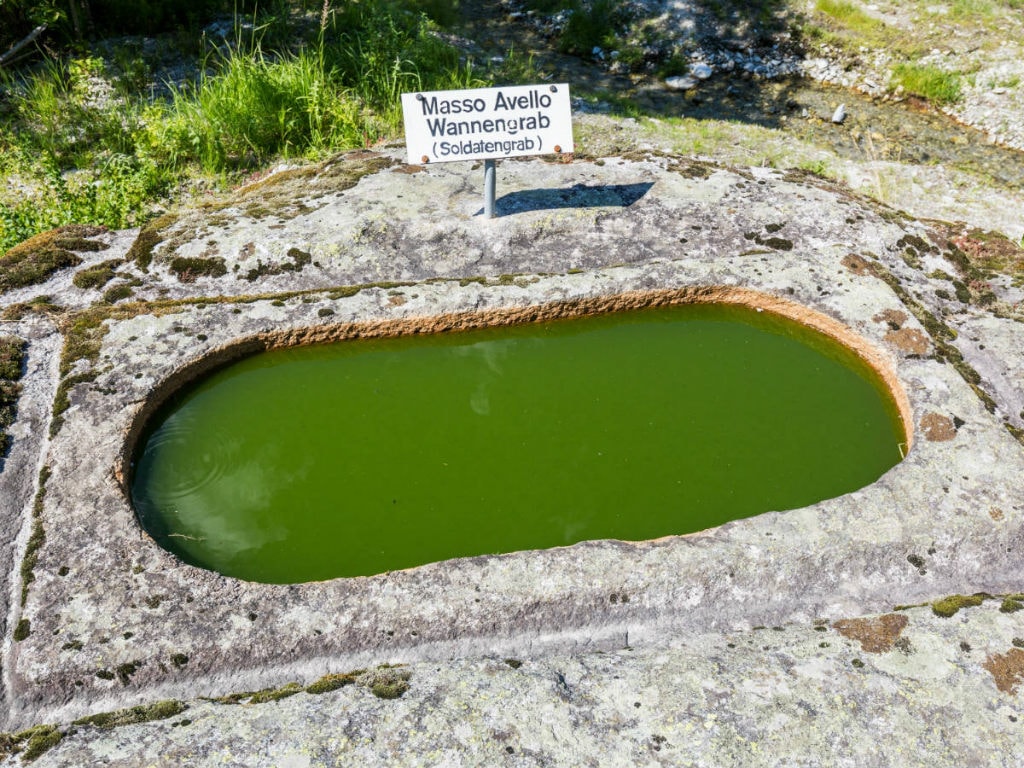 It is the only grave of this type in Switzerland.

It is cut with great precision into a large flat granite block and lies directly on the southern bank of the Maira River, which flows through Bregaglia. The tub is 1.9 meters long, 82 centimeters wide and 58 centimeters deep. On its western side, a ridge was carved out at the bottom so that the deceased faced east.

In order to prevent the lid from slipping, a rectangular recess of 14 centimeters in width was carved out around the tub. According to local tradition, the lid fell into the river and shattered. The rainwater was drained through a narrow drain.

Of these “Massi Avelli,” 30 have been documented; most are located around the Como area. The discovery of shards in the area suggests they originated from 100 to 400 AD. It is unclear to which culture the tombs should be attributed. The elaborate work suggests that the tomb must have been made for an important person. The local people can be excluded as builders, since it is the only known grave of its sort in the region. A Roman burial is also unlikely, since there is no monument, which would have surely marked the grave of such an important Roman person. Art historian, Erwin Poeschel, therefore, suspects that it was a burial of a high Roman official who originated from the Como region.