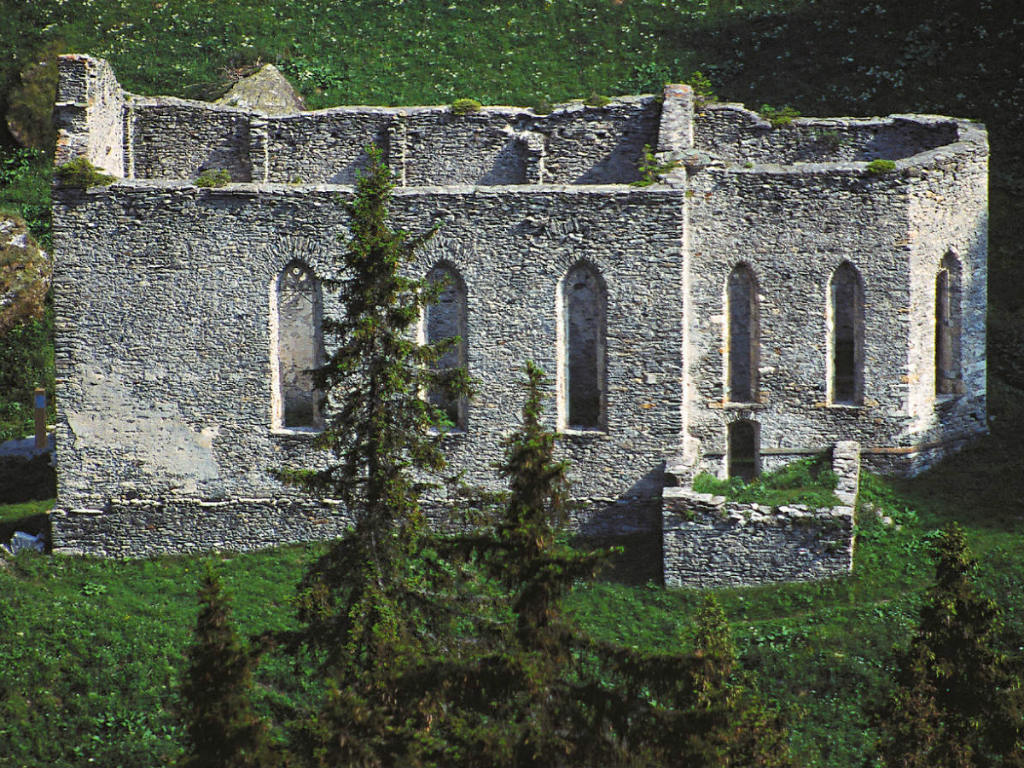 The ruins of San Gaudenzio Church are located on a hillside just above Casaccia. The first reports of the church date back to 831 AD.

It was mentioned in the imperial register and a popular pilgrimage destination during his reign. The building you see today was built in the Late Gothic style in 1518 on top of the ruins of a previous construction. When the reformation arrived in Bregaglia, the reformer Vergerio encouraged the population to desecrate San Gaudenzio on May 6, 1551. Images and relics were smashed into pieces and thrown into the river Orlegna. The church was used for funeral rites until 1738. Now, from the inside, you can see the sky because the roof is gone, but the charm of the place is still intact. It is said that Gaudenzio arrived in Bregaglia in the fourth century after Christ. It is not clear if he was from the area or if he was born in Novara, a town west of Milan, in Italy.

In Bregaglia, the saint began to preach and convert the pagans. Ungodly men, however, accused him of plotting against the local authorities. After suffering severe beatings he was dragged to a thick pine forest, probably near Casaccia, and beheaded. The legend says that the martyr picked up his head with both hands and walked approximately 180 meters to the place where the church now stands. In that same place, merciful Christians buried his body and erected a church. San Gaudenzio was canonized by Pope Urban V (1261-1264) and in 1518 was named patron saint of the League of God's House.