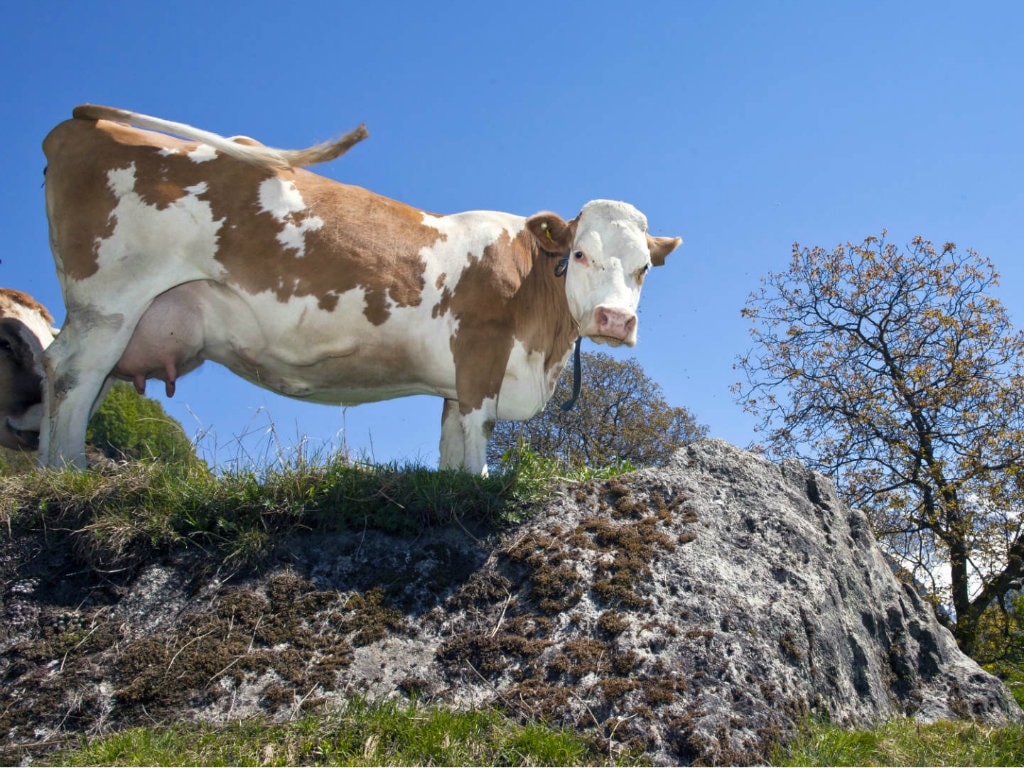 Bregaglia is home to nearly 1300 species of flowers. In the summertime, nature lovers and bees alike enjoy the flowering meadows. The local honey is excellent.

Flora
The vegetation is distinctly diverse. In Castasegna, even typical Mediterranean plants, such as figs and grapes flourish. At up to 1000 meters (3280 feet), Bregaglia's mountainsides are covered with densely mixed forest. Locust, birch, ash, poplar, hazelnut, shrubs, oaks and, of course, the chestnut trees of Castasegna all thrive in Bregaglia's forests. Walnut trees are also cultived, especially around Soglio. Above the decidous forests are the conifer trees, primarily spruces, but also European silver firs and Scotch pine. Alders line the riversides, and larch trees, which turn a golden yellow in the autumn, line the banks of the Silser Lake.

Fauna
Bregaglia has many species of wild animals. The largest among them are stags, deer, chamois and ibex. The fist two live in dense forests emerging at dusk and during the night to graze and sometimes approach the villages. Chamois and ibex tend to stay in the highlands above the tree line. It is common to see the charming marmots standing tall on the sunny mountainsides and their whistles are frequently heard in Maroz Valley and around the Albigna Hut. More luck is needed to come across a hare. In the winter, the hares' fur turns snow white, blending in perfectly with their surroundings.

The forest is also habitat for squirrelss, dormice and snow voles. Less commonly seen are badgers, foxes, weasels and stoats, which tend to be nocturnal animals. Although there are not a large number of birds in the valley, the diversity of species is surprising. Thrushes, blackbirds, finches, nightengales and chickadees are most frequently seen, but woodpeckers and other species of birds are also present. Nocturnal birds, such as owlets, owls and eagle owls, and birds of prey, such as buzzards and kestrels are also around.

For more information about Bregaglia flora and fauna, please visit the Ciäsa Granda Museum. Exhibits include local species as well as species that were present in the valley at one time, but no longer exist here, such as the bear.