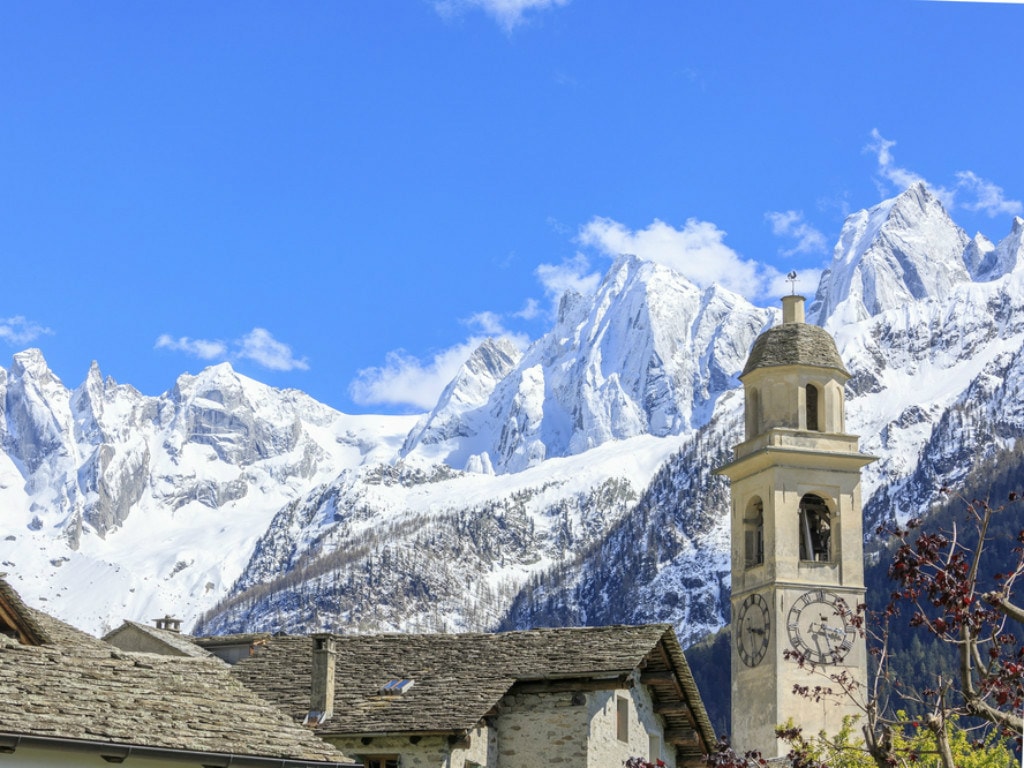 Before and after the reformation

In Bregaglia it is possible to admire old churches with their ancient bell towers.

The churches of Borgonovo and Coltura contain works by the artist Augusto Giacometti. Bondo's San Martino church has wonderfully restored 15th century frescoes. Near Promontogno stands the church of Nossa Dona, which contains the Castelmur family grave. Both Castasegna and Vicosoprano have two churches that you can visit daily. The now desecrated White Church in Maloja hosts exhibitions, shows and other events. And, of course, be sure to visit Soglio's beautiful San Lorenzo church. In the summer, there a many concerts in Bregaglia's churches.

Before the reformation, the entire valley was headed by a single parish community. The main church was the church of Santa Maria di Nossa Dona or Castromuro, where the priest chosen by the bishop of Chur lived. Around the 1520's, there were nine priests responsible for Bregaglia Valley. Then, the Italian "heretics" escaping the Inquisition, brought the Reformation.

The first reformer in the valley was Bartolomeo Maturo, previously the Prior of the Dominican convent in Cremona. Membership was initially slow, but things changed quickly with the arrival of Pietro Paolo Vergerio, ex papal legate. Within two years Vergerio was able to convert the entire population. The conversion took place without incident in all villages, except in Casaccia, where the crowd burst into the church of San Gaudenzio, took the sacred vessels and threw them into the nearby Orlegna River. All the reformers who came to Bregaglia were Italian and also for this reason the official language is today the language of Dante.