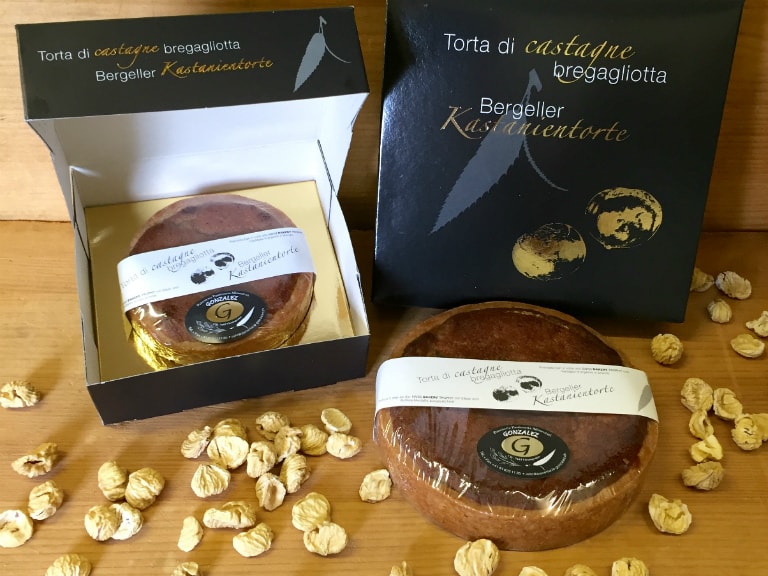 On a long hike it is always nice to take a break, have a bite to eat and enjoy the view and the beautiful surroundings. And, there's no better snack than some bread and cheese followed by a piece of fruit.

Cheese, mascarpel and ... goats!
In Bregaglia, there are delicious cheeses made with cow milk. There are mild, soft and aged cheeses with a sharper taste. Since 2004, the Bregaglia dairies have been certified organic with stores located in Bondo, Vicosoprano and Maloja. In the Vicosoprano Dairy, the cheesemaker and his assistent transform the milk brought by the Bregagia farmers into cheese, butter and yogurt.In the summer, the cows are put out to pasture in Maroz Valley, Cavloccio, Cad'Starnam and Fedoz Valley. They aren't the only 4-legged creatures you will see around. Bregaglia is also renowned for its goats. In 1978, the producers of a Heidi television series were well aware of this when they asked the village of Soglio for a herd of goats for the show. Since they wanted the goats to be white as snow, they painted them white (apparently the goats, the true divas that they were, didn't let out a bleat).During the last century, goats became rarer. However, they are slowly making a comeback and in 2000 there were approximately 350 goats. Fortunately, there are more goats now, because otherwise mascarpel a unique Bregaglia delicacy and quintessential Bregaglian goat cheese, would no longer exist. Mascarpel is available fresh or aged. It goes well with coldcuts, but is also truly delightful served by itself with some ground pepper and olive oil. You can find mascarpel in a number of Bregaglian restaurants and grocery stores or you can buy it directly from the farm.
More information www.latteriabregaglia.ch

Meats and sausages
Salami, venison salametti, various cured meats, and, of course, Bundnerfliesch, are all specialities of Bregaglia. For over 50 years, these products and other delicacies have been produced in the Chiesa family butcher shop in Vicosoprano. But, not just there...In Pila, just outside of Maloja, you can admire the beautiful waterfalls of the Inn River, which begins its long journey here in the form of a stream. In Pila, you can also meet Renato Giovanoli, butcher and philosopher. His tasty specialties have fans all over Switzerland and throughout Europe. Renato also made an appearance in a Heidi film and recently was a guest, along with his salametti, on the Aeschbach TV program.

Honey
Beekeeping is an ancient art that is practiced in this alpine valley by about 16 beekeepers. Bees in Bregaglia can collect sweet nectar for their hives from flowering meadows, lush forests and chestnut groves. The valley produices different types of honey such as forest honey, blossom honey and the prized rhododendron honey. The honey is harvested only once a year, so there is only a limited amount, but the quality is very high. Bregaglian honey has a special flavor and is truly excellent. As a result, the Bregaglian beekeepers have won numerous medals.Beekeepers also make propolis and sell small pieces of honeycomb. Jars filled with this sweet golden liquid can be purchased at shops in the valley or directly from the beekeepers.

Crotti
Grottos are natural cavities formed under the rocks of ancient landslides. These "cellars" are  typically found in Bregaglia and Valchiavenna. A natural draft, know as "sorel" keeps the temperatures constant, cool in the summer and temperate in the winter. These grottos have always been used to preserve local products such as cheeses, sausages and other dried meats (Bundnerfleisch in Switzerland and bresaola in Italy). The grottos are also community meeting places, where you can enjoy tastes and traditions of the region.In Bondo, on way to Promontogno, there are several small grottos right next to each other. In the summer, one of them is open to the public. In Valchiavenna, many of the grottos have been turned into restaurants, where you can enjoy authentic cuisine and regional specialties.Every year, during the second weekend of September, there is the "Festival dei Crotti" (Grotto Festival) in Chiavenna. This festival offers a variety of cultural, gastromomic, folkloric and sports events.

Chestnut specialities
Bread with chestnut jam, chestnut cookies to dip in your coffee, and, why not try chestnut flake cereal ... and breakfast is served! In Bregaglia, there is something for everyone to taste. The most famous speciality is the chestnut cake and everyone has their own secret recipe. It's up to you to try them all and find which one is your favorite. At the old mill in Promontogno, flour is not only made out of wheat, but also chestnuts. Tasty gnocchi and pasta is made out of the chestnut flour. The valley's restaurants serve the pasta and other chestnut specialities. After dinner, enjoy a digestif made of none other than chestnuts.If you would like to take some of those chestnut goodies home, you will find most of these specialities available in the local Bregaglian grocery stores and pastry shops. And, don't forget to pack salami made with chestnut bits in your backpack. It will be sure to give you the energy you need for your next hike.