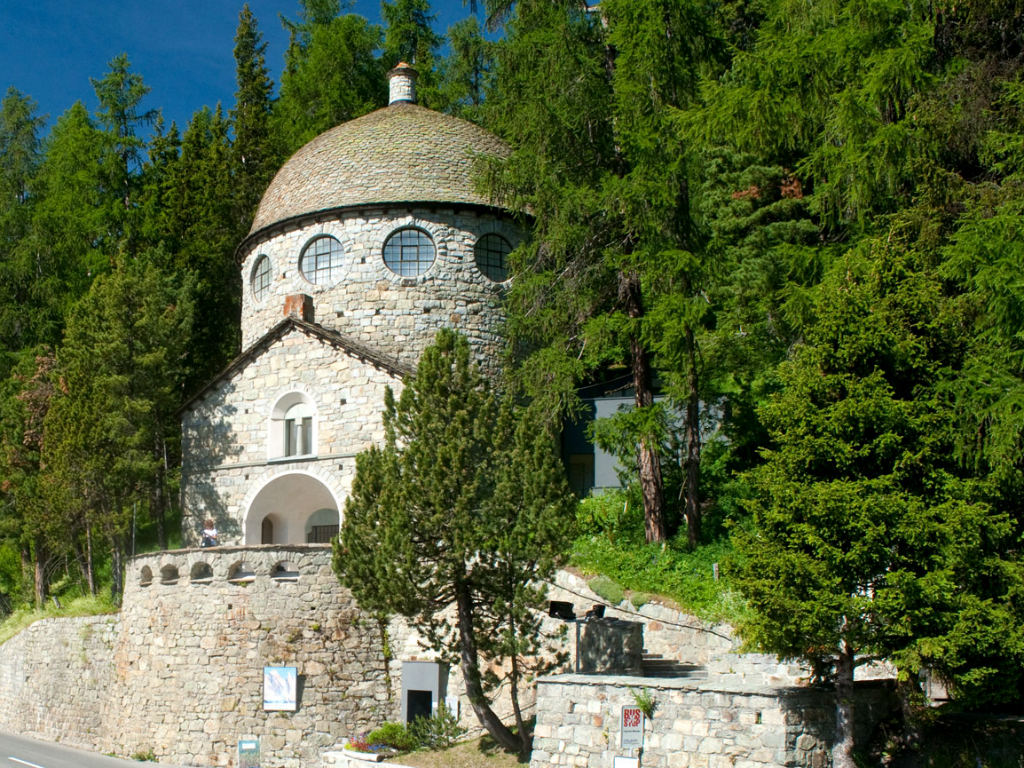 In St. Moritz, a 20-minute drive from Bregaglia, you can visit the lovely Segantini Museum.

This museum houses the largest collection of works by the famous artist Giovanni Segantini. Segantini, an Italian painter, spent the last years of his life in Bregaglia. He spent summers in Maloja and winters in Soglio.
While in Bregaglia, Segantini painted the famous "Triptych of Nature", comprised of three huge canvases titled Life, Nature and Death. The paintings include Soglio's mountain panorama, Engadin's view from Schafberg and Maloja's winter landscape.

The Segantini Museum was created as a venue for the triptych. Later, many other works and preliminary drawings were added. Built in 1908 by Nicolaus Hartmann, the museum, with its majestic dome, was inspired by Segantini's design for a prospective pavilion, which was never realized, for the 1900 Paris World's Fair. On the 100th anniversary of Segantini's death, the museum was renovated and expanded.